And the longer the list, the truer it must be! This gentleman has compiled a list of all the things “women” do not have, and while it starts out reflecting generic gender critical falsehoods, it gets weirder and weirder. 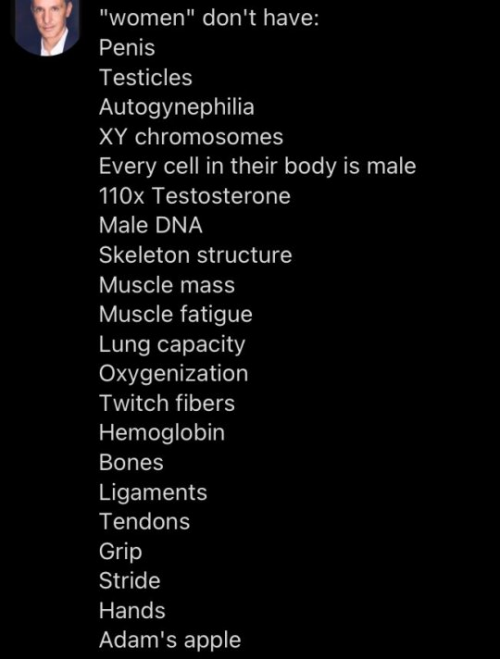 Whoa. Women don’t have muscle mass or lung capacity or hemoglobin? No bones? No hands? What kind of list is this?

Then I realized this person hasn’t actually ever met a woman, and is instead describing a jellyfish. He’s also probably resentful because the jellyfish spurned his romantic advances.

Politics is for the kids who never grew out of high school » « More males!