One of the bonuses of being on Mastodon is the fediverse is actually strong about crushing bad actors. A shiny new newspaper out of Yorkshire trying to make it in an online world published a lazy, stupid opinion piece about trans people — it’s England, you know, the place is infested with transphobes — and got slammed hard for it. 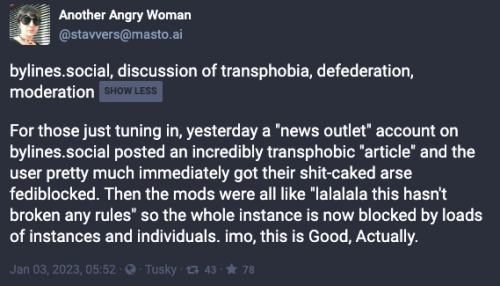 Yeah, they tried to play the game of saying it didn’t break any of their rules, just like Twitter was always doing — using vague rules to allow clear-cut hatred to get a pass.

That didn’t go over at all well. The Yorkshire lights went out all over Mastodon as instance after instance killed their feed. You want to see the horror settling into the admin of this for-profit newspaper as they realize they may have just destroyed their audience? Look here. 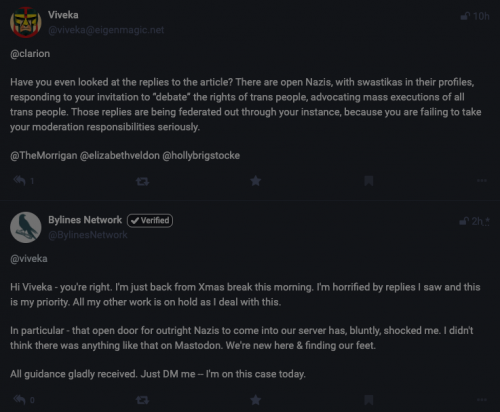 That’s usually a good sign that you done fucked up when Nazis start camping on your doorstep. I wish more media could grasp that simple, straightforward clue.

Strategies for teaching math » « The House of Silence