It’s the only way to interpret this rather ominous newspaper ad. 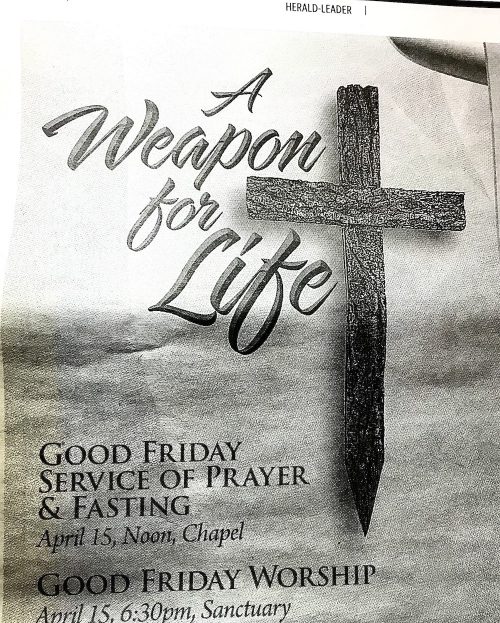 Except, right, it’s Easter, that weekend when the death-cult celebrates involuntary sacrifice and grisly torture methods.

It’s all OK, because maybe their victims of slow murder will pop back up and be alive again, despite the fact that in two thousand years of repeated trials with billions of participants, it’s never happened, not once, other than the occasional apocryphal hallucination.