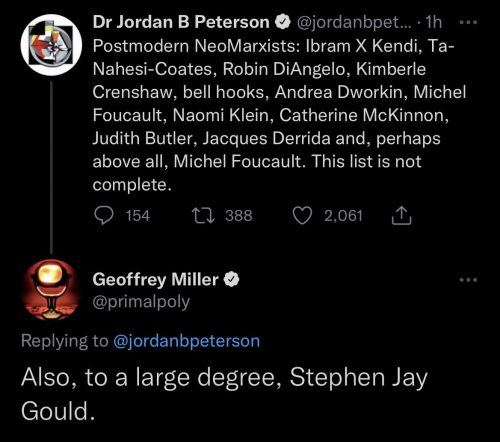 “Postmodern NeoMarxist” is just an insult Jordan Peterson uses for anyone he dislikes. It’s another example of projection; you know how wingnuts like to claim that the libs call everyone a Nazi? The truth is that they like to call everyone a postmodernist or neo-Marxist.

Stephen Jay Gould is just an evo-psych boogeyman, and Geoffrey Miller is an ass. This is a great rebuttal, though: 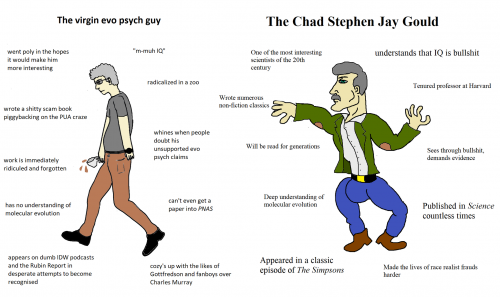 Joro hype » « What an efficient, effective police force looks like