Minnesota has a state flag, and it is hideous. They stuck the state seal on a blue background and called it done, so it’s this horribly busy smear with a farmer and a fleeing Indian and flowery glop and a bunch of dates on it. It’s tasteless and ugly. 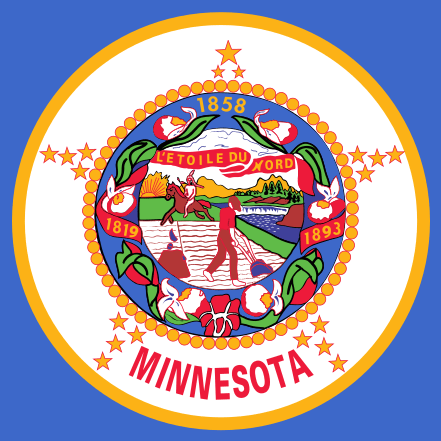 Ick. Not that the flag is particularly important, but could we at least have one that isn’t embarrassing?

A few people are lobbying for a new flag, an effort that doesn’t have a high priority right now, but they’ve definitely got some better designs. I like this one. 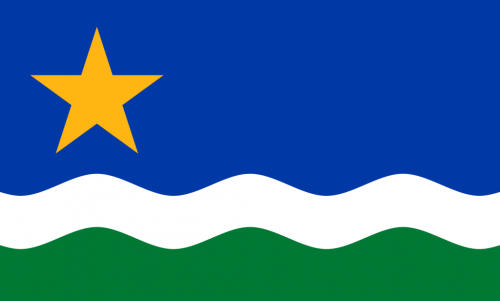 It’s simple and distinctive. I’d vote for it. Heck, I wouldn’t be ashamed to fly it in front of my house, if I bothered with flags at all.

The linkage lecture » « The lyrics are supposed to go “Forward he cried from the rear And the front rank died”, don’t you know