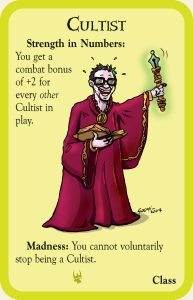 Isn’t it odd how people will refuse to get vaccinated, because they “don’t know what’s in it” (while in reality, the contents of a vaccine are precisely specified and measured down to the last nanogram), but then they’ll turn around and slurp up toxic goo mixed up in a church basement by a kook?

The family of a Dallas’ QAnon cult member is sounding the alarm.

Multiple members of the Leek family confirmed that their relative, who left her husband and children behind in Delaware to follow a fringe QAnon cult leader to Dallas last month, has been drinking a chemical cocktail containing chlorine dioxide, an industrial disinfectant, among other substances.

Their relative has been drinking this cocktail alongside her fellow cult members and has been the one to mix it up and distribute it amongst the group as well, says family, who have declined to reveal the name of their relative in the group.

“She was proud to tell us that she was the one mixing it up and giving it to everybody,” a family member said.

The cult leader in this case is the same guy who prophesied that assassinated president John F. Kennedy was going to appear in downtown Dallas and make Trump president again. I guess if you believe that, you’re also ready to drink poison from the same guy.

Sexual harassment…in my own back yard! » « Yes! Grades done!