The Guthrie Theater in Minneapolis put on a performance of the classic Dickens story. I would have been a bit peevish that it was put on before Thanksgiving, but that’s not what set Karen off. No, it was the introduction.

The incident last Friday began shortly after Haj, who directed “Carol,” gave a curtain speech welcoming everyone back to their “theater home.” Then the lights went down on the 47th edition of the Guthrie’s “Carol.” It was perhaps the most diverse production of the holiday classic to date, with a script by a Hindu playwright, staging by a Palestinian American director and a design team whose multicultural backgrounds matched that of the cast.

Then, the screeching began.

First play at the Guthrie in over 600 days. Still hasn’t been kicked out. pic.twitter.com/II4d2XJKjs

The Guthrie also addressed the content of the woman’s vitriol, which delayed “Carol” for 30 minutes and caused some people to leave the theater. The woman objected to a Palestinian director staging “Carol,” which she termed “a Christian play.” She also spewed anti-Black venom, removed her mask and spit on patrons.
…
“She started mumbling right away that this is a Muslim adaptation of a Christian play,” he said. “Soon she started to berate two women taking a selfie. Then she was telling people to go back to the country they came from and calling a Black man a Black [expletive]. She was out for violence.”

The woman had removed her mask, which the theater requires all patrons to wear. When Caldeira asked her to put it back on, he said she was enraged.

“She started coughing and spitting all over me and my friend,” Caldeira said. “It was scary and frightening. I think the Guthrie has to do more to show what their real values are.”

What a nasty little snowflake. Now I feel like I should go check out the play and support the performance. 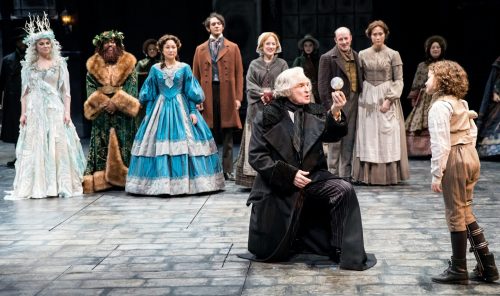 Do you think UATX will just fade away? » « Debooted!