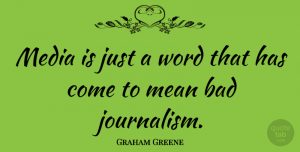 Editors seem to love to publish waffling centrist apologists for journalistic weaseling, and I hate it. Here’s some opinion columnist saying The media slant on Joe Rogan and covid has been wrong. Journalists must do better. He thinks journalism has been too hard on that hack.

In my experience, a journalist who admits uncertainty and owns up to mistakes is ultimately more trusted, not less so. (Even opinion writers should be accountable to facts and alive to the unknowable.)

I agree. So what misstatement of the facts did CNN make?

For this reason, CNN is wrong to double down on its smug reports that vaccine-skeptic podcaster Joe Rogan treated his coronavirus with “horse dewormer.” He did not, as nearly as I can determine. Rogan’s covid-19 was treated, he said, with a number of medicines, including the anti-parasite drug ivermectin — the same medication that former president Jimmy Carter’s foundation has used to fight the scourge of river blindness in Africa and Latin America. Like many drugs, ivermectin also has veterinary applications.

CNN reported that Rogan had treated his infection with a cocktail of glop — antibodies and ivermectin and vitamins, and who knows what else. That is accurate. That’s what Rogan himself announced. He was dosing himself with an anti-parasitic drug to treat a virus. This is a problem, because it spreads the word that maybe taking random drugs is an effective way to handle a specific disease, and maybe this columnist hasn’t noticed, but there are people refusing to take the effective treatment because they’re doping themselves with horse dewormer or betadine. We did not mock Rogan enough.

Further, talking about river blindness is a dishonest distraction. It’s irrelevant. Did Joe Rogan have onchocerciasis? He had COVID-19.

So far, there isn’t a lot of evidence that ivermectin is a good anti-covid therapy, and federal agencies have warned people who hear about the drug not to consume a paste intended for livestock. But that doesn’t mean Rogan ate horse dewormer. You don’t fight disinformation with disinformation. Not if you’re a good reporter.

A good reporter would explain that Rogan was misleading his audience by taking horse dewormer seriously as a treatment for a virus. They’d also mention that the evidence is in: ivermectin is not a good anti-COVID-19 therapy.

All we have here is a hack writing dodgy crap to sow doubt. Here he is talking about how the vaccines are “new” and might have “unforeseen effects”.

CNN’s pundits might not have sneered at Rogan if he had toed the line on coronavirus vaccines — even if it is a line that is underinformed and overconfident. I yield to no one in my enthusiasm for these vaccines. They are wonderfully effective, and the speed of their development was a scientific triumph. However: The vaccines are new. There are unanswered questions about long-term effectiveness and potentially unforeseen effects. And even vaccinated people keep dying — albeit at much lower rates. It’s understandable that some — such as Rogan — will air doubts. CNN shouldn’t be stigmatizing their natural skepticism.

What I learned from this is that David Von Drehle, the author, is a marginal crank and not a reasonable source (he got his start as a sports writer, and evolved into a political pundit — he has zero qualifications in science or medicine). I’ll remember that name.