How we got here: 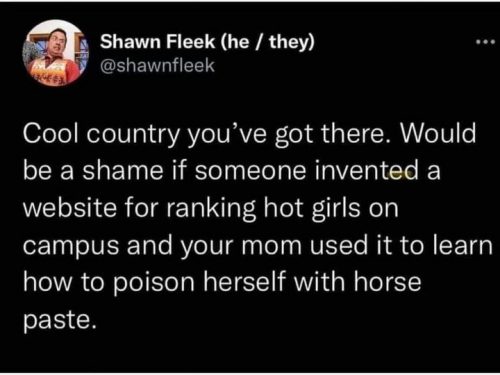 Cool country you’ve got there. Would be a shame if someone invented a website for ranking hot girls on campus and your mom used it to learn how to poison herself with horse paste.