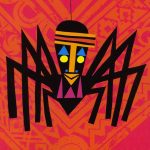 Here’s something you don’t see every day: an article about how we need to talk about spider conservation. You’d think this wouldn’t be an issue, since spiders are basically the charismatic megafauna of the invertebrate world — where you might think of something like tigers and wolves as the mammalian superstars, spiders fill a similar role among the arthropods.

“The feeling that people have towards spiders is not unique,” says Marco Isaia, an arachnologist and associate professor at the University of Turin in Italy. “Nightmares, anxieties and fears are very frequent reactions in ‘normal’ people,” he concedes.

Perhaps that’s why spiders remain under-represented across the world’s endangered-species conservation plans. Average people don’t think much about them, relatively few scientists study them, and conservation groups and governments don’t act enough to protect them.

That’s a major gap in species-protection efforts — one that has wide repercussions. “Efforts in conservation of spiders are particularly meaningful for nature conservation,” Isaia points out. Spiders, he says, have enormous ecological value as food for birds and other animals. They’re also important to people, both as predators of pest species and as inspiration for medicines and engineering.

My first spider project, started a couple of years ago, was a survey of spider populations in people’s outbuildings — garages and sheds — that I argued would be a useful proxy for studying invertebrate populations. Counting chironomids would be way too daunting, but counting the smaller number of chironomid predators would be much easier. At least that was the plan. We spent one summer knocking on doors, getting permission to invade their storage spaces and sweep for spiders, and I have a little pile of folders and species counts that I’ve assembled into a nice baseline measure…but then this damned pandemic hit, and I haven’t been able to do the follow-up measurements. Maybe next summer I’ll be able to resume it.

It’s a lovely project for undergrads. You don’t need to know anything about spiders, other than to be able to recognize one, so day one you can collect data. I hope we can continue it in 2022, and then I’ll just have to figure out how to deal with a big gap in the series.

I was doing it as a study of the health of the invertebrate population in general, but there are a lot of things we don’t know about spiders in general.

“Spiders are understudied, underappreciated and under attack by both the climate crisis and humans affecting our environment,” says spider expert and science communicator Sebastian Alejandro Echeverri, who was not affiliated with the study. “These are one of the most diverse groups of animals that we don’t really think about on a day-to-day basis. There’s like 48,000-plus species, but my experience is that most people don’t really have a sense of how many are in their area. In the United States, for example, we have just 12 spiders on the endangered species list out of the thousands of species recorded here.”

This lack of information or protection at the national level affects international efforts. At the time the research was conducted the IUCN Red List, which includes conservation status assessments for 134,400 species around the world, covered just 301 spider species, eight of which are from Europe. That number has since increased — to all of 318 species from the order Araneae. (And perhaps tellingly, it’s worth noting that the Gibraltar funnel-web spider has not currently been assessed for the IUCN Red List.)

I found that about 10 species covered the great majority of spiders in a narrowly defined environment — but if you think about it, 10 different species in the 60 square meters of a large garage is rather impressively diverse. What are all those different spiders doing in that environment? And we’d often also find some other species in any one space that wasn’t universal. Then if we stepped outside into the garden, or walked down by the river, or looked in a barn that had been abandoned for fifty years, yet more species would show up.

I have no idea if any are endangered, because no one else in this area has been looking. More research is required!

Oh, no! How dare you expose Bill Maher’s hypocrisy? » « I’m losing confidence in the “intelligence” community