On my daily spider meditation in the lab, today I found that they’d molted again. They’re bigger, and they have this rangy long-legged look to them. 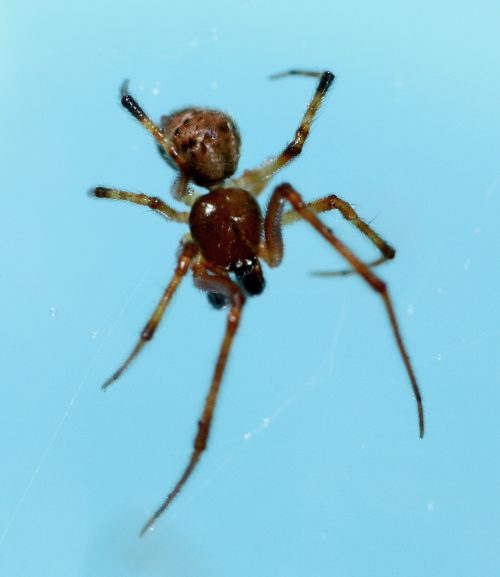 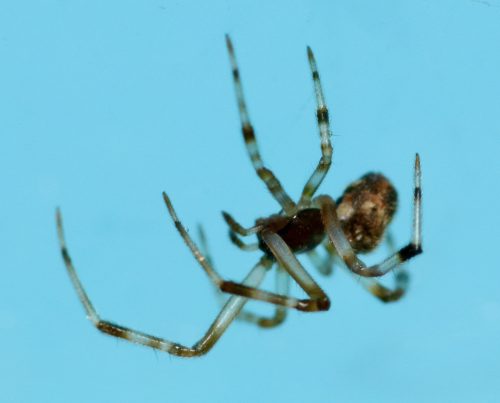 Very handsome, one and all, but something is troubling me: they’re 8 months old. Keep in mind that I suspect there are baby Parasteatoda emerging right now, and by June/July they’ll be big strapping behemoths raising families of their own, so it’s clear my lab colony isn’t growing as fast as it should have — I may have been starving them for much of their childhood. I’m shoveling flies at them every day now, but for most of their life I had them on a weekly feeding schedule. Now I want to get some fresh egg sacs and do some comparative feeding protocols and see if that can determine an optimal schedule.

In other promising news, on my walk home from the lab I checked out a few familiar haunts. There’s a place where last year and the year before I’d found many shy Theridion lurking, and while I didn’t see any yet, I did find some fairly dense new cobwebs there. I also checked under the eaves of my house where, last year, Mary found a huge cat-faced spider that we observed all summer long, and where we found its body after the weather turned cold. No spider there yet, either, but some egg sacs tucked into dark corners, so maybe later. I’ll have to look in on that spot regularly.

No one, other than trolls and corporate lawyers, likes DMCA takedowns » « Something tells me that this was not the original caption on this cartoon