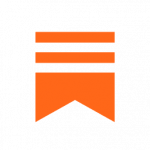 Once upon a time, when this blog was a simple little thing that I ran off a server in my lab, I was recruited to join ScienceBlogs. It was a great place — I shared the space with a lot of smart, interesting people, many of whom I still follow on social media. I was also enticed by the generous payments they made, with a significant sum based on traffic issued to the bloggers. Also great. I was making about $8000 month there.

Yes, I was stunned, too. I didn’t know how they were doing it: it was supposed to be ad-based revenue, but what it really was was massive investments by rich people with lots of money to throw around who were trying to promote a science-based perspective, and who hired popular writers to kick start the whole thing. Of course, the other people writing there will tell you they got nowhere near that amount — it was just the first wave who benefited most from all the publicity. And later, they started revising the fee structure, always downward, and then they sold it off to National Geographic who quickly ejected the old bloggers and brought in new ones who better fit their desired path. I had no ill will about the changes. I saw that first lucky wave as a windfall that I did not expect to last.

When Ed Brayton and I set up Freethoughtblogs, we also discovered that the game was up. We had no deep-pocket investors. We tried to make a go of it with entirely ad-based revenue, with a mistaken idea of how easy that would be, based on our experiences at Scienceblogs. It’s all a scam! You’re going to make peanuts off of ads, unless you want to play games with link farms and ludicrous SEO and other gimmicks. We just wanted a nice place to write and be read.

Then, of course, we were learning that the real winners at the ad game were…the ad services. Not us. We were supported by the Patheos ad machine, which was a horror. Inappropriate ads, and tons of them, and they also offered us extra pennies if we allowed them to try bizarre gimmicks. Anyone remember the sliding page ads? You’d log in, the whole page would jerk to the right, and an ad bar would slide in from the left, and fucking annoy everyone. Hated it. Hated it all. I finally gave up on ads altogether, and we run Freethoughtblogs at a loss — I figure I got rained on by the money tree a few years ago, I can coast on supporting this site for a good long while without the nuisance ads.

Now I hear, though, that there’s a hot new blog syndication site called Substack that’s all the rage — they’ve got some very well known people writing there, and apparently lured them in with big money.

Uh-oh, I thought. I’ve been there before. I can guess where this is going, and where it will end up in 10 years. Somebody is pumping money into another blogging enterprise, and they aren’t getting rich off ads. Someone wants to promote a certain set of authors.

Annalee Newitz spills the beans. They’re luring in lots of writers by paying a top tier “Pro” group large sums of money, and all the other people next to nothing, and sucking in lots of people to support them. Again, it’s almost a Ponzi scheme. If you aren’t in that first wave with the lucrative deals, you aren’t going to get rich. You can’t. The economics of blogging don’t support it.

Worse though, Substack has an agenda. (So did Scienceblogs, but their’s was just to promote science and tech. I think.)

It got worse when some of the Pro writers started to reveal themselves, because Substack’s secret paid elite all seemed to be cut from the same cloth.

As Jude Doyle explained in their newsletter:

Substack has become famous for giving massive advances — the kind that were never once offered to me or my colleagues, not up front and not after the platform took off — to people who actively hate trans people and women, argue ceaselessly against our civil rights, and in many cases, have a public history of directly, viciously abusing trans people and/or cis women in their industry.

Glenn Greenwald started his Substack by inveighing against trans rights and/or ACLU lawyer Chase Strangio, is currently using it to direct harassment at a female New York Times reporter, and has repeatedly used his platform to whitewash alleged rapists and domestic abusers. Freddie de Boer is an anti-“identity politics” crusader who became so infamous for harassing colleagues, particularly women, that he briefly promised to retire from the Internet to avoid causing any more harm; he’s currently using his “generous financial offer” from Substack to argue against “censoring” Nazis while pursuing a personal vendetta against the cis writer Sarah Jones. Matt Yglesias, who publicly cites polite pushback from a trans femme colleague as the Problem With Media Today — exposing the woman he named to massive harassment from Fox News and online TERFs alike — reportedly got a $250,000 advance from Substack. It’s become the preferred platform for men who can’t work in diverse environments without getting calls from HR.

Doyle notes that Substack also seems to have a secret list of writers who are allowed to violate the company’s terms of service. These people dish out hate speech, but remain on the platform with paid subscribers. Among them is Graham Linehan, who was already booted from Twitter for hate speech against trans people, and whose Substack is entirely devoted to the idea that trans women are a danger to cis women and should be stopped.

So all the ‘little people’ on Substack are there to provide an illusion of popular support to an ‘elite’ that consists of people like Greenwald, Yglesias, and Linehan. Charming. I shouldn’t be surprised, though.

Me time! » « Yet another demonstration of the need to defund the police