For some reason, this Oglaf cartoon seems particularly appropriate today. 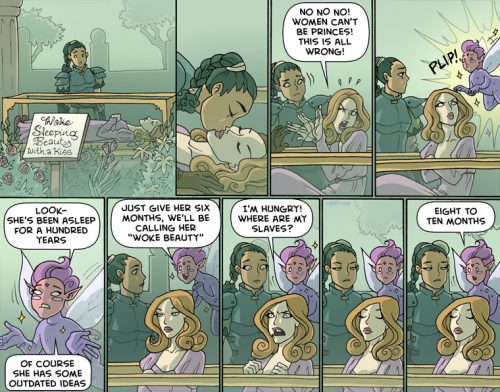 Maybe an institution built around the notion of an intrinsic inherited superiority, which raises its members in a warm bath of entitlement and privilege, isn’t the best structure for producing an enlightened leadership? We should expect the products of such an upbringing to be, naturally, self-serving bigots?

I don’t know why that came to mind today.

One in-box is empty! » « The banality of Jordan Peterson