That dogmatic suppositionalist, Sye Ten Bruggencate, seems to have done a naughty. The only question is whether it was something so horrible even an atheist would be horrified, or something only a weirdly repressed believer would find objectionable. Hey, maybe he just put on mixed fabrics, or had shrimp for dinner. That’s the optimistic perspective. 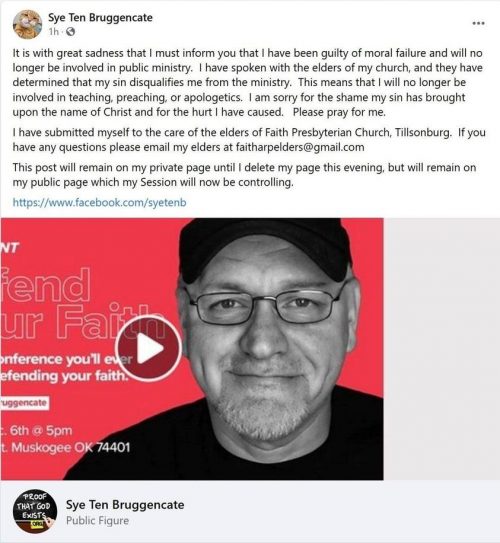