I presume a Christian painted this, completely oblivious to implicit heresy. 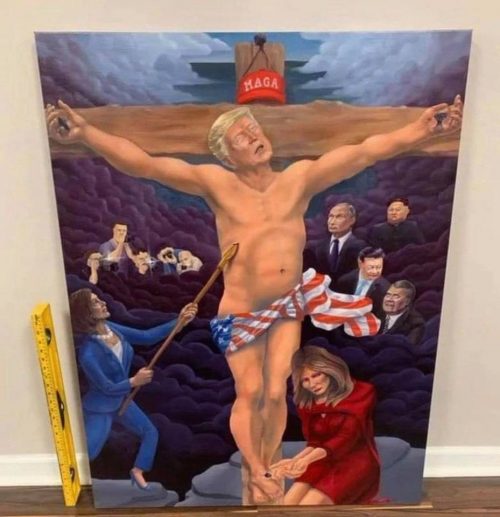 That abomination is a denunciation of both the cult of MAGA and the cult of Christianity.

Now I’m hungry for snails » « Dinosaurs in my yard