Perhaps you recall John Oliver’s hilarious expose of the evil coal baron, Bob Murray, which prompted Murray to fling a SLAPP suit at him, that ended badly for Murray, with Mr Nutterbutter awarding him diddly. 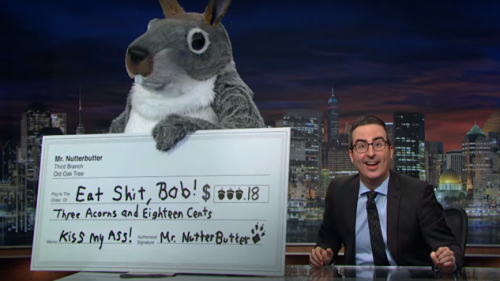 Murray was notoriously litigious, and he had a lot to hide. He was a callous exploiter of coal miners, who opposed legislation protecting the health of his employees, even while expecting government benefits for black lung for himself.

At least that much is admitted in a tepid obituary for the old monster.

The White House is delusional » « The plot thickens!