No surprise, the police are violent everywhere. But they’re selectively violent, and it shows. When hundreds of unarmed citizens gathered to protest the police murdering a citizen, they got the usual response: police in riot gear marching out and hitting them with rubber bullets and tear gas.

Here are the latest photos from @CarlosGphoto coming in from the protest march over George Floyd's death, which turned into a clash between Minneapolis police and protesters. #georgefloyd https://t.co/pmcMibimEj pic.twitter.com/YMLKQS0Jhk 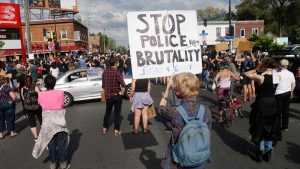 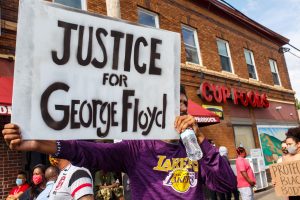 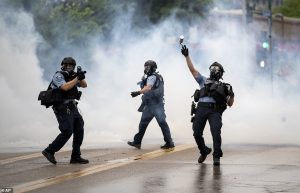 They later marched to a police station where officers in riot gear confronted them and deployed tear gas and fired projectiles. As rain fell, some protesters kicked canisters toward police.

The protesters made the classic error of not showing up with shields and AR-15s and rocket launchers. If they had, the chickenshit police would have stayed in hiding in their station. It’s open season on peaceful protests, especially ones that criticize our thin-skinned cops.

Oh, also, they weren’t white. Terrible mistake. Never protest while brown, because the police are agents of a white supremacist government.

The Mystery of the Old Gazebo » « Yeah, but was it a radioactive spider?