Zach Vorhies: “ex Google employee turned QAnon fan and committed anti-vaxxer”. He has a video in which he takes credit for Judy Mikovits “going viral” with her idiotic claims, and lies about her history in science.

In the video, Vorhies claims that Mikovits’ research was “derailed by Anthony Fauci,” who, as he puts it, “saw to it that her career was destroyed.” That’s flatly untrue: after Mikovits’ research—which claimed that a mouse retrovirus called XMRV caused chronic fatigue syndrome—was called into question, the National Institutes of Health funded a $2.3 million study at Fauci’s request to definitively settle the question of whether XMRV caused chronic fatigue. As part of that study, Mikovits was given more funding and a chance to replicate her original research, which she couldn’t do. In a press conference announcing the findings of the study, Mikovits acknowledged, “It’s not there,” and thanked the NIH.

That’s a far cry from the narrative Mikovits, Vorhies, and others now promote. In the unlisted video, Vorhies says that Mikovits “discovered that the vaccine supply and the blood supply was contaminated with zoonotic retroviruses coming from mice,” and, in a series of graphics, suggests that “hundreds of millions of Americans may have received vaccines contaminated with XMRV.” The idea that vaccines are contaminated with XMRV or any other dangerous retrovirus has been repeatedly debunked; the pro-vaccine site Vaxopedia has a list of the many studies that have confirmed that. Nor did Mikovits’ work have anything whatsoever to do with vaccines, though her supporters have more recently claimed that it did.

I hang out with a lot of smart people (at least I did, before about 2 months ago), and that used to fill me with optimism about our future. I suspect that Vorhies is also an intelligent guy. But it turns out that being smart isn’t necessarily a good defense against bad ideas. Suddenly, Snow Crash seems incredibly prescient. Has someone been wandering around Silicon Valley tech companies handing out hypercards with a mind-wiping virus encoded on them? 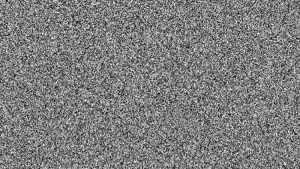