Skatje is working hard on her thesis in computational linguistics, and might not appreciate a joke about how easy it is. 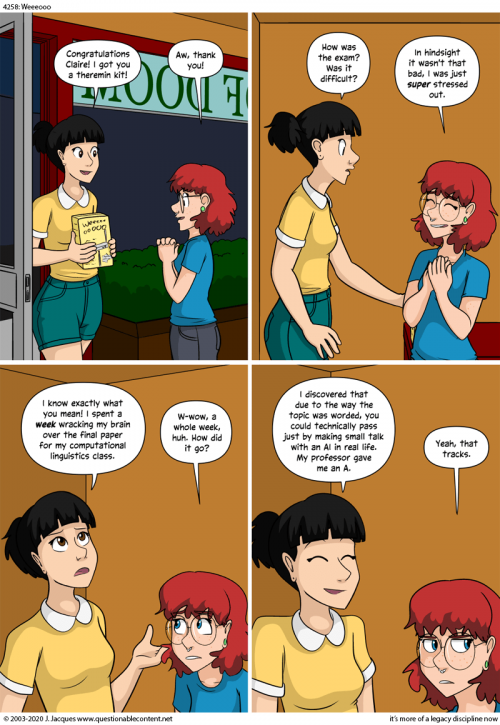 It’s hard enough that I don’t even understand what she’s doing when she tries to explain it!

Michelle Malkin still has a fanbase? And it’s enhanced by including Milo? » « Need to visit my doctor more often