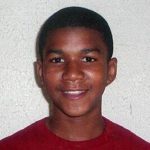 Richard Jewell was a security guard at the 1996 Summer Olympics, who discovered pipe bombs that had been planted on the grounds. They were disarmed, he was hailed as a hero, and then people became suspicious and wondered if he had put them there, to win attention. He was later cleared of the accusation.

He is now the subject of a Clint Eastwood movie, with the tagline, “A hero’s life is shattered by one massive, misplaced rush to judgement when the man who thwarted the 1996 Atlanta bombing was wrongly accused as the main suspect.” It’s a pretty good summary. I have no interest in seeing the movie, however, given Eastwood’s political bias.

Do you have a bucket nearby? You might want to be prepared.

American Patriot has put up a review of the movie. Given AmPat’s reputation, you might expect it to be jingoistic and stupid, and you’d be right.

Don’t rush to click on the link, though. There’s one more detail that you need to brace yourself for.

The review is written by…George Zimmerman. You know, the guy who murdered Trayvon Martin, the unarmed black kid who went to the store to buy candy and was then tracked and shot by vigilante Zimmerman.

You will not be surprised to learn that Zimmerman loved Richard Jewell, because he identifies with Jewell.

This movie hit home. I absolutely identified. Richard and I were both cop wannabes — or so the media told us. We were both gullible. We both believed law enforcement had our best interests at heart. We both believed reporters wanted the truth. We both believed everyone was basically good and then we both realized what fools we had been to believe all that.

As I sat there in the dark, my stomach in knots, I found myself wishing Richard was still alive so I could reach out and hug him and tell him, “Yes, Richard, you are a hero.”

Aww, poor George. He identifies with a guy who was falsely accused, because he thinks he was falsely accused. Unfortunately, the facts are that Jewell didn’t kill anyone, and in fact saved lives, while Zimmerman literally and accurately shot a young black boy (this is not in dispute) for being in his neighborhood; he was acquitted, thanks to Florida’s unjust “stand your ground” law. He has since sued the Martin family for $100 million, been arrested multiple times for domestic violence and disorderly conduct, and has tried to raise money by auctioning off the murder weapon.

He is no Richard Jewell.

I’d say shame on American Patriot for publishing that self-serving drivel, but AmPat has no shame.