This letter wasn’t sent to me, but was so horrifying I had to include it. How do you feel about the Christmas police? 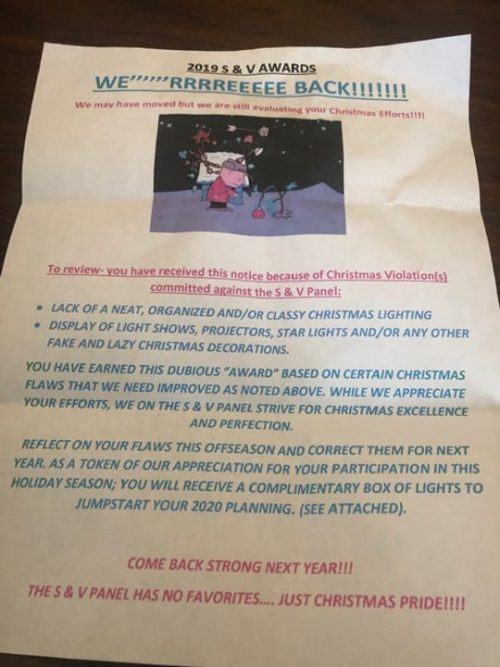 Someone in Haddonfield, NJ has appointed themselves the keeper of Christmas traditions, which consist entirely of flashy, elaborate displays of Christmas lights around your home. I don’t know what an “S & V panel” is, but it sounds like a vigilante HOA roaming about a neighborhood deciding whose exhibition of forced jollity is adequate.

I knew a bit about Haddonfield from years gone by. Aren’t there Jewish families living there? And atheists? And Christians who don’t go for the showy stuff but, like Linus, are sure they know the True Meaning of Christmas?

I give fair warning to any Christmas evangelists roaming around Minnesota: I had no Christmas displays up, and if you come around with a letter like that, I’m putting up my spider-based Halloween decorations instead.