A little two year old girl died suddenly. Her parents are grief-stricken. But then tragedy takes a strange turn.

The parents are Christian “influencers” (I am hating that word), and they put out a call, asking for a resurrection.

We’re asking for prayer. We believe in a Jesus who died and conclusively defeated every grave, holding the keys to resurrection power. We need it for our little Olive Alayne, who stopped breathing yesterday and has been pronounced dead by doctors. We are asking for bold, unified prayers from the global church to stand with us in belief that He will raise this little girl back to life. Her time here is not done, and it is our time to believe boldly, and with confidence wield what King Jesus paid for. It’s time for her to come to life.

OK, they’re delusional in their loss, and they’re going to be heartbroken again in the end. They have my pity. Except…

A fundraiser set up for the child’s rebirth with a target of $100,000 has raised more than $33,000 in two days. Bethel Church in Redding, California, where Kelley is a singer, is one of the organizers of the fundraiser.

Now I’m confused. Does God charge for resurrections? Would my insurance cover that? 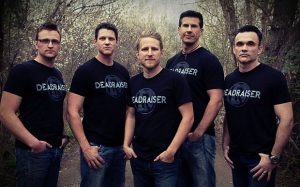 Apparently, she’s a member of a real cult that believes miracles, even raising the dead, are possible. There is a Dead Raising Team that claims to have brought about 15 resurrections already. They even have a dead raising team here in Minnesota, just in case you need their services. Unfortunately, they seem to have failed in this case.

It is all bizarrely interesting and very sad, but doesn’t answer the question. What is God going to do with $100,000?