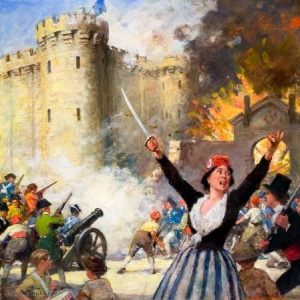 Now if we were talking firing squads, guillotines, or rioting mobs tearing down every stick and brick of the White House, I might be roused enough to cheer. Today, though, I see a criminal running the country, an entire political party dedicated to corruption over democratic representation, and an electorate that wants to negate every aspect of human progress in the USA and celebrate the barbarity of oppression, so excuse me if I don’t get excited about plodding procedural maneuvering by bureaucrats cautious about protecting their privileges. Especially when I expect Republican sycophants to block any change, while continuing to pack the judiciary with incompetents and ideologues.

I expect my grandchildren will remember this era not for the clown in the oval office, but for the way we ignored real crises in the environment and civil rights, fueled by a selfish majority and short-sighted politicians. They’re going to wonder what was wrong with us that we didn’t storm the halls of power and change our course right now.

Oh, well. We’ve got a dedicated thread for discussing the infuriating political situation. Join in there! I just don’t have the heart anymore.

Another test of the upsuck hypothesis » « Today is the big day!