I’ll always enjoy seeing Steven Pinker, Sam Harris and the epidemic of annoying white male intellectuals ragged on — and generally, any member of the Intellectual Dork Web deserves a thorough savaging. This one is good because it documents specific examples of Pinker and Harris being bad scholars, and shows how their fellow travelers flock to defend even their more egregious errors. I have to agree with its conclusions.

The point is that the entire IDW movement is annoying. It’s really, really annoying — its champions misrepresent positions without their (mostly white male) audience knowing, and then proceed to “embarrass” the opposition. They embrace unsupported claims when it suits their narrative. They facilely dismiss good critiques as “hit jobs” and level ad hominem attacks to undercut criticism. And they refuse — they will always refuse, it’s what overconfident white men do — to admit making mistakes when they’re obviously wrong. I am annoyed, like Robinson, mostly because I expected so much better from the most popular “intellectuals” of our time.

“Intellectuals” seems to be acquiring a new meaning here in the 21st century. It refers to well-off white people who use their illusion of academic prestige to defend 18th century ideas against all reason, as long as they bolster the status quo.

Crawl back into the bushes, you poseurs. 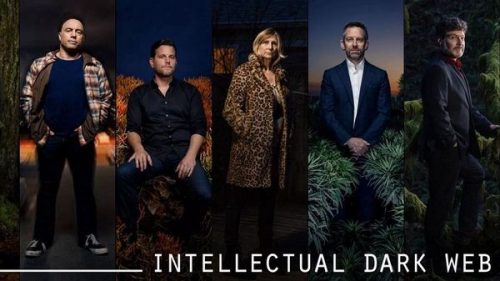