I was part of our local protest against the unmitigated evil of ICE yesterday. Several people spoke out with testimonials about people they know who are being deported, or of local raids. About two dozen people showed up. 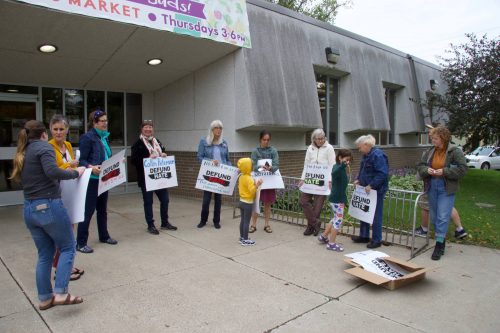 It wasn’t enough. We’ve got crimes against humanity going on in our country right now, and do you really want to tell your grandchildren someday that you just stayed home and did nothing?

Eat at Subway » « The desperate plea of a defeated man