Daniel Povey, the Johns Hopkins professor who was fired for an assault with boltcutters against protesting students, was moving to Seattle to work at Facebook. His plans have changed.

Daniel Povey, the research professor whom John Hopkins University fired for trying to break through a student sit-in with bolt cutters, won’t be working at Facebook after all, according to The Baltimore Sun. Facebook previously confirmed that it had hired Povey and he was soon set to work there. But Povey now says that he isn’t prepared to work at Facebook because its “progressive ideas” parallel those of academe.

Facebook? Progressive? The privacy-obliterating, money-grubbing-capitalist, information-selling organization was too progressive for him? Jeez. That says a lot about Povey’s commitment to freedom. As does his alternative.

He plans to work with an unnamed Chinese company or university in speech recognition and machine learning, the Sun reported. “There are several operations in the Seattle area who do this kind of thing, so I wouldn’t even have to move,” Povey said. “I will feel more relaxed among the Chinese because they don’t have American-style social justice warriors.” 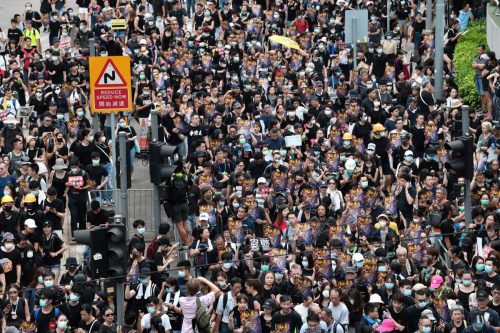 Let’s see him storm those protests.

Also, the Pacific Northwest is full of angry progressives. Is he even aware of where he is going?