Earlier this spring, there was a major protest at Johns Hopkins University — students actually occupied the administration building to protest the formation of a private police force on campus. It warmed my heart to see such classic action.

Some professors didn’t like it at all. Daniel Povey gathered a group of like-minded conservative thinkers who weren’t affiliated with the university, grabbed some big ol’ boltcutters, and assaulted the protesters late one night. Punches were thrown. Povey and his friends were thrown back. He’s calling it a “counter-protest”, but protest movements don’t involve planned violence, and usually involve peaceful non-violence training, rather than angry mobs.

Daniel Povey has now been fired from his non-tenured position at Johns Hopkins. I find that interesting in itself, in that the institution he pretended to have been defending wants nothing to do with him.

According to Povey’s termination letter, he was suspended and banned from campus in May over allegations that he “engaged in violent and aggressive behavior when attempting forcibly to enter Garland Hall,” and his conduct “was motivated by racially discriminatory animus and created a hostile environment.”

Povey has admitted leading a group of people to the campus building around midnight on May 8, carrying bolt cutters. “You believed the group of nonaffiliates you brought with you could become violent,” the termination letter also says. As a faculty member, “you created a dangerous situation that could have ended in serious harm to our students, yourself and others in the community.”

Povey was repeatedly told not enter Garland Hall prior to the exchange, despite his requests to enter the building to access computer servers there, according to the letter.

“These actions by a member of our faculty are entirely unacceptable. The safety, security and protection of our students and others are of paramount importance to the university,” wrote Andrew S. Douglas, vice dean for faculty. While the university will continue its investigation until it reaches its conclusion, “your own account of events based on your oral and written statements provides more than sufficient grounds for immediate termination, and we are hereby terminating your appointment with the university.”

Even more fascinating, though, is his rant about his firing. It’s as if he felt compelled to provide independent verification of everything he was accused of in the administration’s letter.

“My feeling is that this mostly has to do with underrepresented minorities, specifically black people (and trans people). There seems to be nothing that Americans, or American institutions, fear more than being accused of racism (or similar isms), which leads to ridiculous spectacles like what we’re seeing here, where such a huge organization can be paralyzed by a handful of deluded kids.”

If Povey had known in advance “that everyone inside the building was black (that was what I saw; although from media coverage it seems that there may have been a white trans person in the core group) — I wouldn’t have gone ahead with the counterprotest,” he said. “I’m not an idiot; I know that as a person who demographically ticks all the ‘oppressor boxes,’ I would have to be severely punished for opposing such a group.”

White men in “this environment seem to be expected to constantly atone for their existence by telegraphing their exclusive concern for every demographic group but their own, like a neutered puppy dog or some Justin Trudeau man child,” he said. “It’s pathetic, in my opinion, and I don’t accept it at all. I am not prepared to apologize for being who I am. I don’t think that empathy should preclude critical thinking or basic self-respect.”

Povey goes on to criticize critiques of “toxic masculinity,” compare current discourses on gender and race to Animal Farm and Nazism, discusses animus toward market-dominant minorities, and ends with some Bob Dylan: “I ain’t sorry for nothing I’ve done/I’m glad I fought, I only wish we’d won.” He at one point uses the word — widely considered a slur — “retarded.”

I’ll spare you all the long defense of Nazi Germany in which he argues that Hitler might have been “a little bit triggered” by all those rich Jews. You can read it if you want. You probably don’t want to, not recommended.

As you might have guessed, Povey is a white man, and he thinks he was fired because he is a white man, rather than for being an insensitive bigot who used violence to attack students.

He deserved to be fired, although as you might expect, he’s failing upwards. He brags about getting a better job in industry, in Seattle. Sorry, Seattle. I won’t be surprised if he gets enlisted in the Intellectual Dork Web, since he fits the bigoted profile perfectly, or gets a writing gig for Quillette.

All right, Daniel. You know what we say. 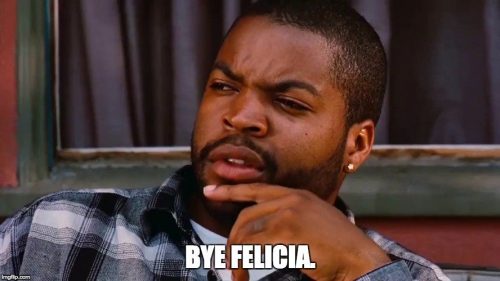