Art Spiegelman, author of Maus, withdrew a foreword to a Marvel comic collection because he was asked to edit out a political reference. Don’t you know that Marvel Comics is “apolitical”? What a crock. Marvel Comics lies.

Everything is political. Abstaining from comment on the deepest political crisis of our time is a rabidly political act that takes an offensive stand on racism, corruption, and misogyny. They wanted to remove a disparaging reference to Donald Trump, because, apparently, Marvel Comics never ever took a stance against fascism. 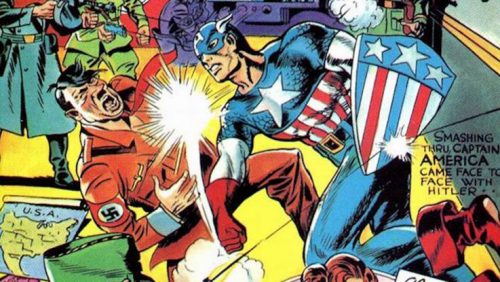 Too political, I guess.

Meanwhile, the chair of Marvel Entertainment, Isaac Perlmutter, is a close confidant and supporter of Donald Trump. 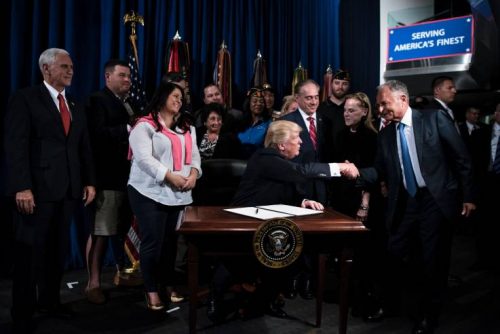 Not at all political.

Fortunately, Spiegelman’s essay will be even more widely read now, since it’s been published in the Guardian, where you can read it for free.

Auschwitz and Hiroshima make more sense as dark comic book cataclysms than as events in our real world. In today’s all too real world, Captain America’s most nefarious villain, the Red Skull, is alive on screen and an Orange Skull haunts America. International fascism again looms large (how quickly we humans forget – study these golden age comics hard, boys and girls!) and the dislocations that have followed the global economic meltdown of 2008 helped bring us to a point where the planet itself seems likely to melt down. Armageddon seems somehow plausible and we’re all turned into helpless children scared of forces grander than we can imagine, looking for respite and answers in superheroes flying across screens in our chapel of dreams.

He has also expanded it a bit, since this closing story was irresistible.

I turned the essay in at the end of June, substantially the same as what appears here. A regretful Folio Society editor told me that Marvel Comics (evidently the co-publisher of the book) is trying to now stay “apolitical”, and is not allowing its publications to take a political stance. I was asked to alter or remove the sentence that refers to the Red Skull or the intro could not be published. I didn’t think of myself as especially political compared with some of my fellow travellers, but when asked to kill a relatively anodyne reference to an Orange Skull I realised that perhaps it had been irresponsible to be playful about the dire existential threat we now live with, and I withdrew my introduction.

A revealing story serendipitously showed up in my news feed this week. I learned that the billionaire chairman and former CEO of Marvel Entertainment, Isaac “Ike” Perlmutter, is a longtime friend of Donald Trump’s, an unofficial and influential adviser and a member of the president’s elite Mar-a-Lago club in Palm Beach, Florida. And Perlmutter and his wife have each recently donated $360,000 (the maximum allowed) to the Orange Skull’s “Trump Victory Joint Fundraising Committee” for 2020. I’ve also had to learn, yet again, that everything is political… just like Captain America socking Hitler on the jaw.