I slept in this morning until 6:30, which felt nice, but when I woke up, there was Mary — she’d been up for a few hours. She drank all the coffee. She was eager as a puppy to go on a spider walk. It was raining hard, with thunder, but that did not dissuade her. So I drank the cold dregs off the bottom of the coffee pot, and we went off to explore.

First stop was Kjenstad Park, over by Lake Crystal, where I hoped that the proximity to insects hatching out of the lake would fuel a massive spider population. No such luck. There were a few little guys like this one lurking in the playground equipment, but not much otherwise. 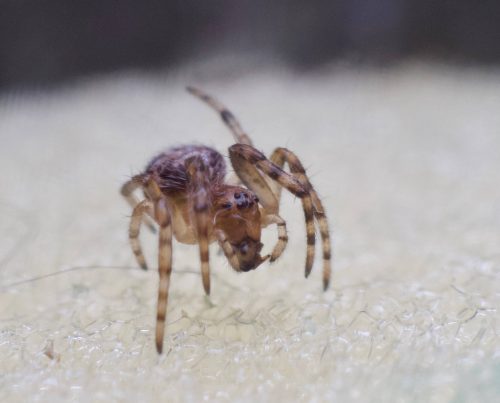 Most horribly, though, we discovered some of the neighbors are using the park to walk their dog(s), and it was a filthy, dirty, disgusting place, with the ground covered with dog poop. We are now privately calling the place Dogpoop Park, and would be willing to lobby the city council for an official name change, or for city officials to teach residents how to clean up after your goddamn dog.

So we decided to visit the Stevens County Fairgrounds again. To our excitement, the Cattle Barn was open! It looks like they’re prepping it for the fair, so we could get out of the rain and also enter the dim dark empty space with all of its old fencing and avoid getting struck by lightning. Guess what? It was cleaner than Kjenstad Park. And it was wall-to-wall orb webs. They were everywhere, on the walls, in the slats between stalls, there were even old tools, pitchforks and shovels, stacked along one wall, and yep, orb webs strung everywhere between their handles. 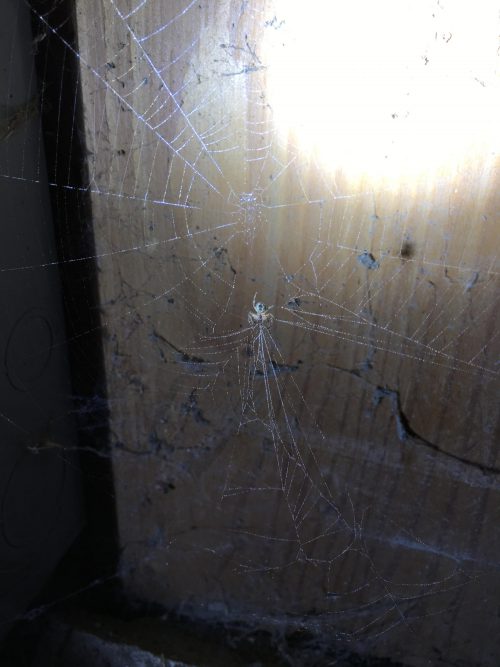 It was very different from what we’ve been finding in garages and sheds, near human residences. Almost no Theridiidae, all these Araneidae instead. My data from our spider survey is clearly skewed, or more generously, narrowly focused than I thought. We’ve got plans to visit some barns later this week, and we’ll confirm that. Or maybe Araneids just love their cows. 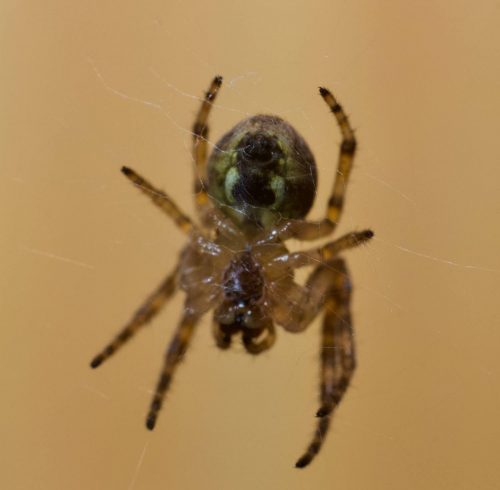 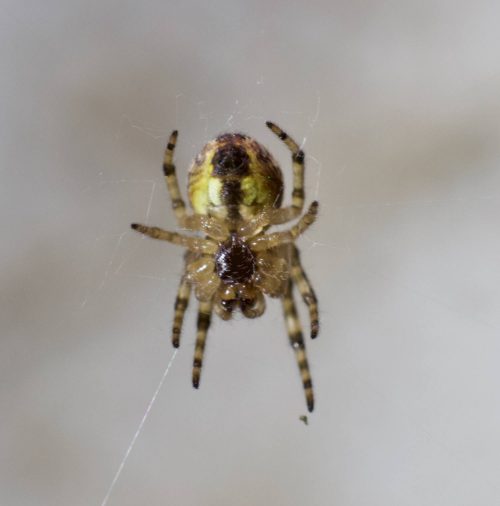 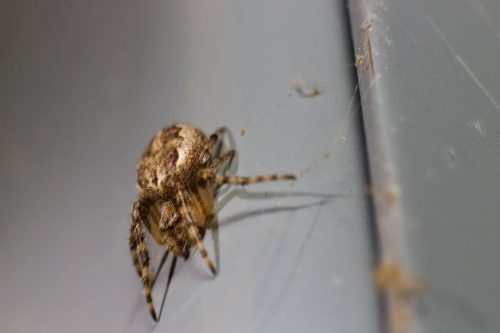 Then we found this beast on the wall. I haven’t seen one of these before. 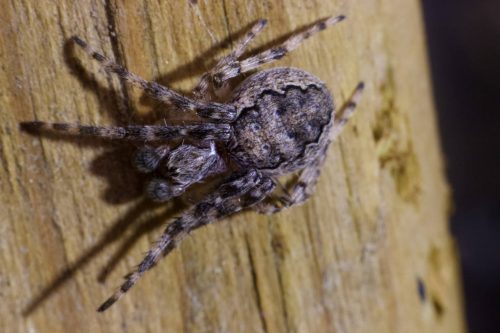 The fair opens a week from Tuesday. If you go, you’ll probably see me and Mary — we’ll be the strange people peering at the walls of the animal barns with vials and handlenses and a camera, ignoring the exhibits, and trying to figure out the effect of an influx of humans on the native spider population.

What should atheists support? » « We don’t normally like caterpillars in our garden…