I found this article on Gateway Pundit. GP doesn’t get enough attention simply because it is run by the dumbest man on the internet and publishes the dumbest articles, so people tend to ignore it, except for its audience of very dumb people, but I thought I’d dredge up some of the sludge because this one pretends to be Science™. Why, just look at this illustration! 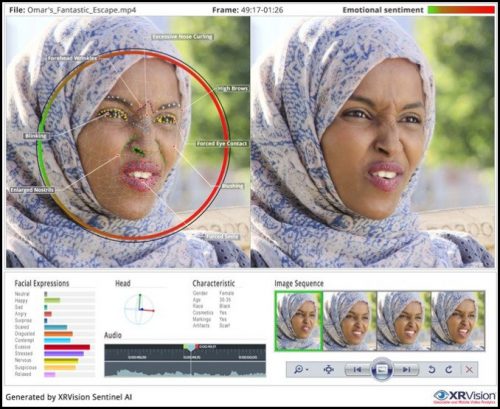 Image 1: Sample of the facial analysis results for one video frame out of about 120K frames analyzed.

That looks like a color glossy with circles and arrows, sure enough, and it’s probably got a paragraph on the back explaining what each one was to be used as evidence against Omar. It’s also got polygons! And multiple graphs! And lists! And colors! It’s just densely packed with barely legible information, and kind of reminds me of computer screens from science fiction movies in its generally uninterpretable and confusing layout, designed to bewilder with the awesome technology of it all. 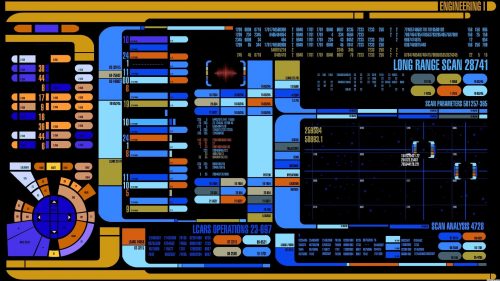 You will not be surprised to learn that this heap of pseudoscientific, meaningless noise is being used to accuse Ilhan Omar of being a liar, since this is Gateway Pundit, after all.

An study of Ilhan Omar through facial, speech and virtual polygraph analysis shows Ilhan Omar is a pathological liar or just not being honest about her stories related to her immigration to the US!!!

Huh. Real polygraphs are useless and inaccurate, I wonder how reliable a virtual polygraph would be? All this “analysis” comes from a crank conspiracy theorist named Yaacov Apelbaum who has software that goes through video clips frame by frame and assigns emotional values to every facial expression, that counts blinks, “umms”, and pauses, and arrives at an interpretation defined by the user, that is, Yaacov Apelbaum. It’s garbage science, mangled by a biased kook, presented as fact.

Does this even count as real data?

Impressive multi-colored squiggles all over the chart, but the end result is a smear. She’s talking about an encounter her family had in Somalia with armed militia who shot up her home, and her stress about that event is being interpreted as proof that she is lying about everything. Worse, though, is that every change in her expression is twisted to mean she’s faking her story, rather than that she is recounting a traumatic incident in her past.

Remember this, everyone. If anything awful has happened to you, the only trustworthy to tell it to anyone is with a stony impassive face, no blinking, and with no pauses or stumbles or stutters, or it’s going to be judged by crackpots like Apelbaum or the goons at Gateway Pundit.

Why am I seeing variants of this same story everywhere? » « First instar, here we are!