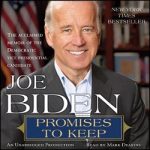 Do we really want a delusional old liar in the presidency again? Joe Biden is making ridiculous claims.

Speaking at a campaign stop in Ottumwa, Iowa, on Tuesday he discussed losing loved ones before making his promise.

“A lot of you understand what loss is and when loss occurs, you know that people come up to you and tell you ‘I understand’ if you lose a husband, a wife, a son, a daughter, a family member,” he said. “That’s why I’ve worked so hard in my career to make sure that — I promise you if I’m elected president, you’re going to see the single most important thing that changes America, we’re gonna cure cancer.”

I understand that cancer is an important personal issue to him, and I would approve of a candidate promising to invest more in biomedical research. If he had actually listened to doctors, if he had any understanding of cancer at all, he’d know that cancer isn’t one disease, it’s a moving target with a billion alternative strategies for evading treatment, and that by its very nature isn’t going to be susceptible to a magic bullet approach. It requires incremental improvements in management and treatment and diagnosis, and even then, sometimes the best doctors can offer is going to fail. He is promising snake oil. He isn’t paying attention to the advisors he ought to be listening to. He sure as hell isn’t personally going to deliver on that promise.

He might as well stand up on that podium and promise that he’s going to cure all viral diseases, eradicate all bacteria, end global climate change, end world hunger, emerge victorious from all wars, and colonize Mars, all between the years 2020 and 2028. No, he’s not. He looks stupid and glib and shallow doing it, too.

I wasn’t going to vote for him in the primaries anyway, but he’s doing his damnedest to make it difficult to vote for him if he wins the Democratic nomination. Which I earnestly hope he doesn’t.