While it does commit the sin of failing to label an axis, it’s still a good point.

I had to look it up, but it seems the cost of an incredibly effective weapon against white nationalists is only about $2.25. A bargain! I am disappointed by one thing, though. 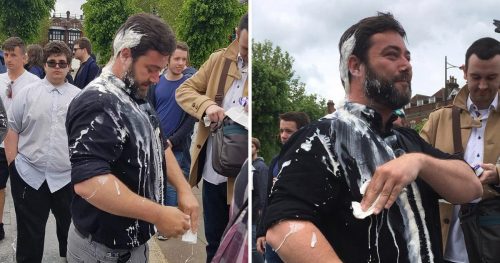 McDonald’s also has strawberry and chocolate shakes, but everyone seems to have an unconscious bias favoring vanilla. Please, can we overcome white bias? Other places must sell shakes in other flavors, like blueberry and mint. I’d like to see a concerted effort to paint fascists all the colors of the rainbow.

I feel valued » « Blinded by the Right