I’m not so sure about all the details (did the dogs consent?), but yes, I want a future where a junior progressive congresswoman can make everyone lose their shit spectacularly. 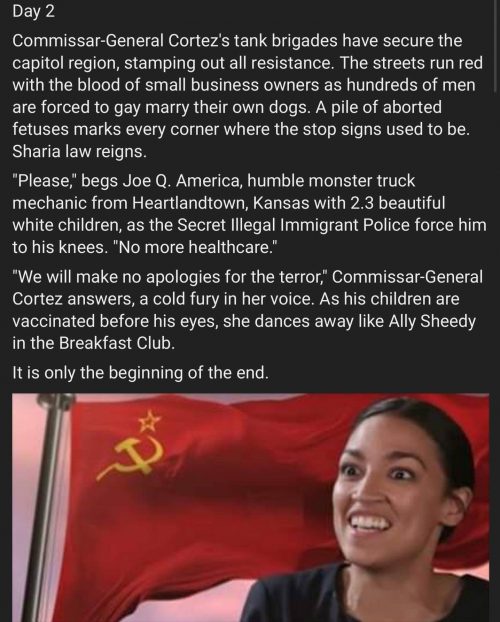 Game Day! » « How dare the APA refuse to recognize that men and boys are violent creatures of instinct