I’m going to the polls as soon as they open this morning out of a sense of duty and a feeling of futility. Republican gerrymandering and voter suppression, as well as the fact that the electorate is saturated with selfish bigots and the media are bought and owned by the rich, means I don’t expect to see much of that mythical democracy today. It shouldn’t even be close, but it’s going to be close. 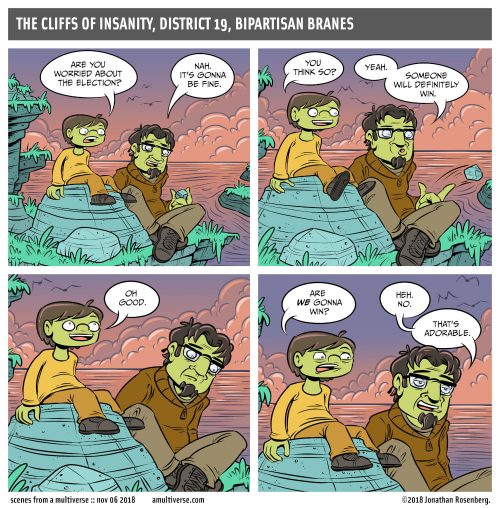 As we all know, angry gets shit done.

I’m already pretty angry about century after century of injustice. Keep stoking the rage until we rise up and burn the whole ugly system down.

We voted » « I know what I’m doing tomorrow