I’m sure this old newspaper clipping from 1934 has nothing to do with current events. Nothing at all. 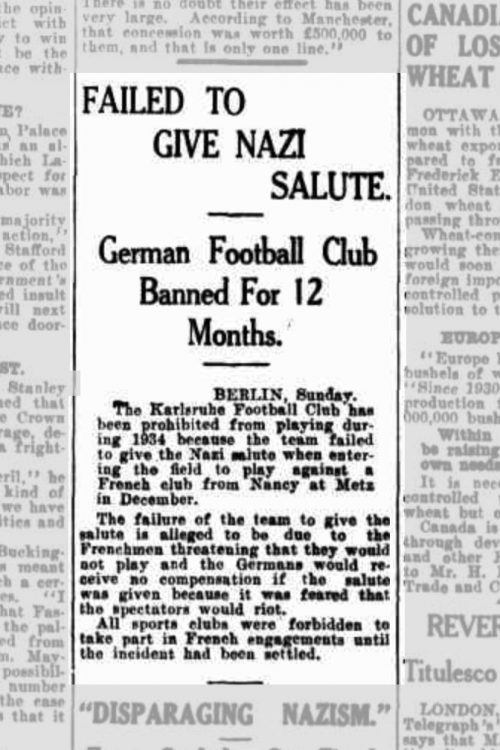 FAILED TO GIVE NAZI SALUTE.

The Karlsruhe Football Club has been prohibited from playing during 1934 because the team failed to give the Nazi salute when entering the field to play against a French club from Nancy at Metz in December.

The failure of the team to give the salute is alleged to be due to the Frenchmen threatening that they would not play and the Germans would receive no compensation if the salute was given because it was feared that the spectators would riot.

All sports clubs were forbidden to take part in French engagements until the incident had been settled.

“Harris’ moral landscape is cratered with artillery and pock-marked with bullets.” » « Boys.