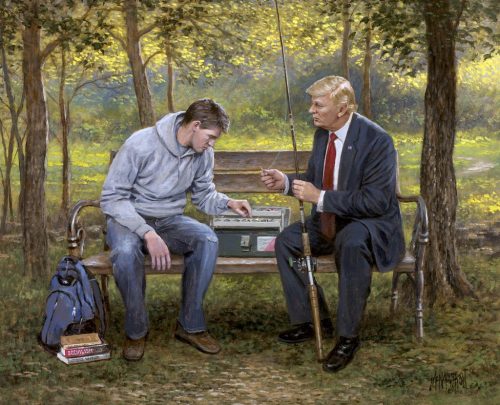 Do you think Trump has ever gone fishing? Ever? If he did, was he wearing a 3-piece suit at the time? What university offers a class titled “Justice Warrior”? The student looks better dressed for fishing than the guy holding the pole — who’s teaching who? Why is he fishing instead of studying? He should know better than to put a book on the ground.

The painter of this bit of propaganda does have to explain what it means, literally. 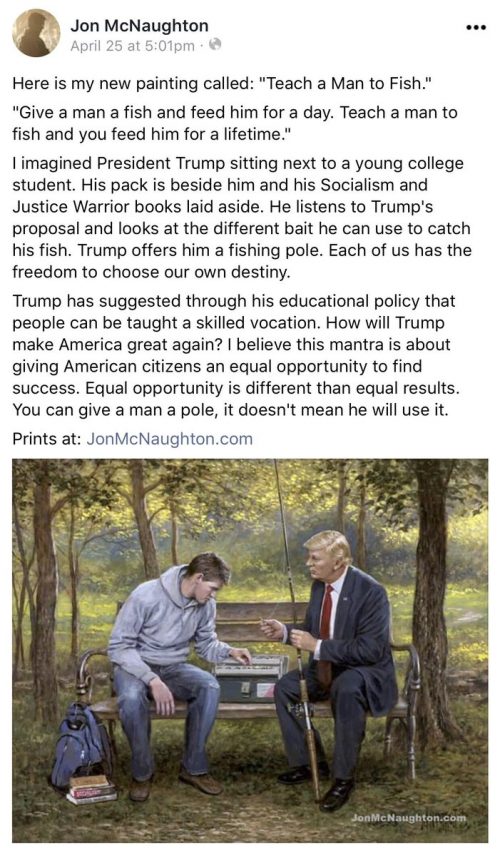 Is this actually art?

My mind says no, but my heart says yes to Satan » « Any serial killers/rapists in my family?