Rohrabacher is outraged that Orange County has been building temporary shelters for the poor and homeless.

More than 1,000 people protested at the Orange County Board of Supervisors meeting last month, where officials were considering a plan to relocate those who had been moved from near the river to temporary shelters in the area. That plan apparently inspired Rohrabacher to speak out, issuing a statement titled “Homeless Shelter Nonsense,” in which he complained about the homeless population insinuating that homelessness was somehow a choice.

“The chickens are coming home to roost after almost a decade of Liberal/Left control of our state and federal government,” Rohrabacher wrote. “Those chickens have ended up in Orange County.”

In the statement, Rohrabacher called “county financed homeless compounds” a “spectacle” and a “travesty.”

“As a parent who owns a modest home in an Orange County neighborhood, I join the outrage that we are assuming responsibility for homeless people, taking care of their basic needs and elongating their agony by removing the necessity to make fundamental decisions about the way they live their lives,” he said. Providing them with “a place to stay and basic sustenance,” he added, “will not change them for the better and will encourage more such people to come to Orange County.”

He actually has quite a nice house. It looks roomy and a bit rambly, and the only problem with it might be the protesters who like to hang around outside it waving signs. The spectacle in his neighborhood might be reduced if they kicked him out. 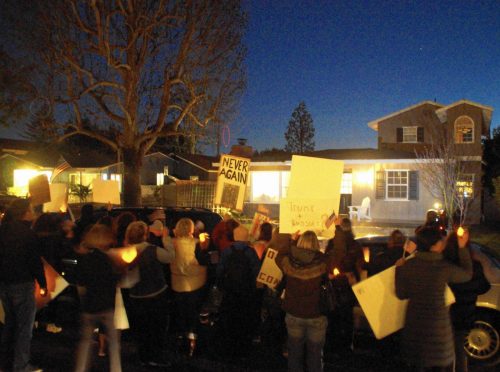 Meanwhile, here’s what an Orange County homeless shelter looks like. 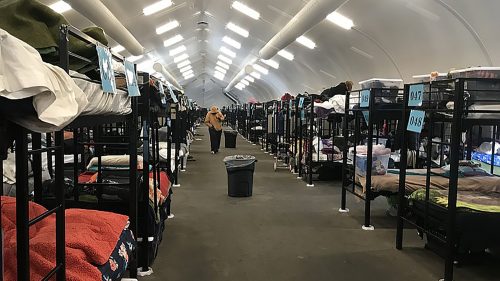 Rohrabacher wants — no, he thinks the poor deserve — to live in even worse conditions than that. He’s not alone.

Rohrabacher is hardly the first to put his foot in his mouth on the topic: last week, a Republican group in Colorado apologized for a tweet and Facebook post saying that “Republicans hate poor people.”

You know, there are a lot of loud, indignant Christians in the Republican party. I’ve read the Bible, but I don’t think they have.