A study basically asked people ““Can you be good without god?”. The answer, unsurprisingly, is that a heck of a lot of people think you can’t.

A recent study (of more than 3,000 people in 13 countries) published in the journal Nature Human Behavior echoes Voltaire’s maxim. Looking at intuitive thinking—presumptions drawn by individuals through unconscious biases—researchers led by Will M. Gervais, an associate professor of psychology at the University of Kentucky, discovered that most individuals intuitively conclude that a serial killer is more likely to be an atheist (approximately 60 percent) than religious (approximately 30 percent).

The article has a lot of good rebuttals from atheists like James Croft, Monette Richards, and Maggie Ardiente, but let’s cut the crap. This survey isn’t actually going to answer that question. Of course there are good atheists and good Christians, and also bad atheists and bad Christians. All that survey can do is determine that the subjects have been methodically lied to by their religion.

The question should be, “Can you be good with god?”, and the results determine that religion is great fertilizer for bigotry. I’d also argue that the example of the most notoriously godly people in America further demonstrates that with great faith comes great greed and exploitation. 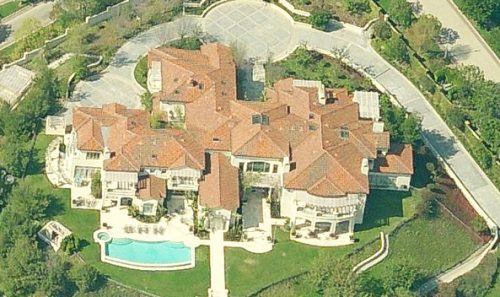 Never mind his behavior towards his fellow human beings in the wake of Hurricane Harvey. I ask you, what kind of corrupt, selfish person needs the kind of conspicuous consumption being shown off here?

Tentacle, rainbow, and a spaceship? » « Ask a stupid question, get a stupid answer