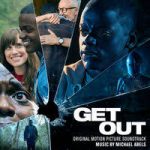 A couple have a major disagreement. A metaphorical story.

Spouse #2: But no! You can’t! Marriage is so, so important, and we have to stick together no matter what!

S#1: I’m a feminist, and you put a pic of Milo Yiannopoulis with a word ballon saying “Feminism is Cancer” as the background on your cell phone.

S#2: You can change! Or you can learn to tolerate my little quirks. I have to be me, you know.

S#1: You marched in a white nationalist parade!

S#2: Oh, you and your trivial, petty concerns. Our bond is more important. We have to stick together, for the sake of the marriage. We still have things in common: you think Black Lives Matter, but we can still agree that cops have really tough jobs. Why are you tearing us apart?

I ask, who’s side do you take here? Some of you will say that both sides are talking past each other, and that is correct. Some might then follow through and declare that therefore Both Sides Are Wrong, glossing over the misogyny and racism that one side takes for granted.

But some of us say instead, “Oh no, Spouse #1! Get out! #2 is an asshole with bad ideas!” It seems to me the only rational response: that’s a marriage that needs to end.

But a lot of atheists disagree. At least, that’s what I have to conclude from the last 6 years of abusive behavior by atheists against atheists, who then try to silence disagreement by declaring the inviolable importance of sticking together in the name of the precious Atheist Movement.

In 2016, David Smalley asked, What’s killing the atheist movement?”. His answer: public disagreement about social justice. Reading between the lines, it was clear that it was all the fault of people who criticized other people within the movement. We’re supposed to be quiet, show a unified front, and call each other up on the phone before we dare to disagree publicly. He was completely oblivious to the fact that silence favors the status quo, and that he was taking a side when he demands obedience to the nebulous leadership of the atheist movement.

I slammed him on it. I had a debate with him on his rather obnoxious and ignorant post; you can’t listen to it anymore because it was deleted by its creator. There is still my side of the conclusion, though.

Did he learn anything from this? No. Earlier this summer in 2017, he wrote another post that is nearly exactly the same as the previous, except that now he boldly states who the villain is: How the Regressive Left Is Killing the Atheist Movement. I hadn’t read it before, because I’ve written off any interest in anything Smalley has to say, but it’s an amazing piece of work: he starts by explaining that this is a result of a series of conversations he’s had with people like Richard Dawkins, Michael Shermer, Adam Carolla, Pete Boghossian, and Lawrence Krauss.

Wow. What a diverse collection of dissenting voices. Were Sam Harris and Dave Rubin busy that day? They are the only people I can think of who might have improved on that stellar collection of manifold heterogeneity.

Actually, it’s a collection of bogus conservative atheist bullshit. It’s got everything. Witch hunts. The horseshoe theory. Insistence that he’s the reasonable one. Misrepresentation of everyone else. It’s one long atheist dudebro cliche. All the problems in his first post were exponentially amplified.

It’s not just me. The Thomas Smith at the Serious Inquiries Only blog reamed him out. Which is good, because now I don’t have to address it.

But that’s not all. Smalley then made his garbage post the subject of his talk at Gateway To Reason. Watch, if you can bear it.

Most disappointingly, it was posted by Seth Andrews, who I thought was fairly level-headed. He prefixed it with this message:

At the 2017 Gateway to Reason Conference in St. Louis, David Smalley (host of Dogma Debate) gave his perspective on the challenges and often public divisions among atheist activists, and in regard to online interactions as a whole.

It’s a perspective…uploaded and presented here as a conversation starter, as so many are fervently seeking a fairer, more tempered, and more civil exchanges and interactions between people

“You never really understand a person until you consider things from his point of view.” – Harper Lee

Fairer. More tempered. More civil. Applied to a speech in which Smalley trivializes our differences and begs people to stop criticizing fellow atheists. In which he sets up all kinds of irrational dichotomies. That thing in my imaginary dialog where Spouse #2 suggests that pointing out, as Black Lives Matter does, that cops are murdering people is reasonably countered by pointing out that we can still agree that cops have really tough jobs? He actually says that.

People at that conference applauded and cheered and laughed. Except, I noticed, Alix Jules and a few others scattered around the room. An amazing number of atheists thought that deplorable performance was commendable, including Seth Andrews. My estimation of Andrews has dropped significantly now.

The video already has a large number of positive comments! I’ll give you one example, representative of the kind of atheist who agrees with Smalley.

The skeptic-atheist community broke apart when Cultural Marxism was introduced into it e.g. third wave feminism, identity politics, intersectionality. New rules for behavior and speech were introduced. This ideology even demonised the most prominent and influential atheists like Dakwins or Harris as bigoted, racist, islamophobic white males.
As a counter movement, many skeptics became fiercely anti-SJW. There the division took place.﻿

The “Cultural Marxist” remark gives it away. This is one of those pseudoscientifically racist people who whines about white genocide. That’s the audience for Smalley’s message. He doesn’t care.

Stephanie Zvan was there at the talk. She didn’t like it.

So what the hell did Smalley do in his talk? Start with what he didn’t do: He didn’t address a single one of Thomas Smith’s criticisms. He didn’t modify his thesis, and he didn’t change his examples. The Black Lives Matter/cops have tough jobs was in the talk just as it was in the post—worded differently, but still missing the point Smith notes. He didn’t actually call out the “Regressive Left” specifically, but that’s where his examples of bad behavior came from.

You see, we’re throwing people away in this movement for not being pure and perfect. We’re excommunicating imperfect people willy-nilly, and people are leaving atheism because it reminds them of their old churches that did this. Because, you know, people didn’t actually leave their churches over the god question, despite this being the basis for the atheist movement’s claim to any kind of broad rationality. No, they left because people were mean to each other. Petty mean.

What does he mean? He means holding people to account for things like retweeting white nationalists when those white nationalists make a point someone agrees with. Or at least that’s the part of the situation he mentioned. He left out the content of any retweets in the movement that might fit his description and didn’t talk about any hypothetical tweeter’s response to being criticized for making the error.

Yes. Objecting to racism is now “being mean” to some in the movement. We’re excommunicating people over mere sexism and racism! Not mentioned is that somehow the people being “excommunicated” are people at the top, like Dawkins and Harris, who haven’t gone anywhere, who are still lauded as the leading voices of the movement, who still get speaking gigs at atheist conferences, who are still turned to when the media needs a quote from an atheist.

Steve Shives points out exactly where this split in the community occurred. One flashpoint where the differences crystallized: Rebecca Watson and Elevatorgate. You remember that — when Watson, in response to a late-night suggestion in an elevator said “Guys, don’t do that”, and an angry horde of entitled assholes shrieked and sent rape threats, and an even larger group of atheists looked at the years of harassment and the quiet one-liner with David Smalley’s attitude and declared that both sides were equivalent and bad.

This is what is making the atheist movement irrelevant and ugly: that there are people who close their eyes to injustice, like David Smalley, and others who exploit that to turn the whole thing into foul nest of entitled asshats who prop up the status quo. Where once we were a radical force for a new perspective on humanity, now it’s a home for white nationalism and casual sexism and the same old dogmas, because too many of its advocates consider equality and human dignity trivial, petty concerns not worth calling out members for. It’s populated with people who cannot recognize the distinction between racism and criticizing racism. (You know who else, besides David Smalley, cannot do that? Donald Trump.)

Atheism has squandered its momentum on a defensive old guard and apologists for neglect of events happening in our world. I’m going to have to suggest that we all abandon it. Let’s find an organization that openly states that they want to dismantle the structures of white supremacy and sexist oppression.

Take a listen to James Croft. Humanism is a better future.

Atomic blondes have more fury » « Say it ain’t so, Dolly!