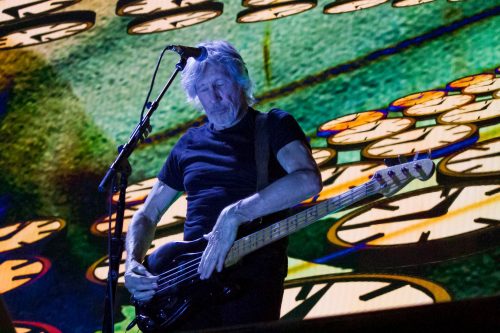 The day after tomorrow I’ll be sitting in the nosebleed seats for Roger Waters Us + Them tour. I love the guy’s music, and he’s got the right sensibility for the era, as reported for his Chicago event.

It’s also very political, and that’s something that should surprise absolutely nobody. Waters has never been a stranger to controversy, and his recent political views (especially those involving the Israel-Palestine conflict), have certainly been turning all the right and wrong heads across the world. But he sounds revitalized again, and if you couldn’t tell from all the rage and angst that radiates from his latest record, Is This the Life We Really Want?, then he makes that pretty clear with the Us + Them Tour. Unlike his recent reprisal of The Wall, which toured the world for the better part of the early 2010s, Waters sounds less like he’s dusting off older material and more like he’s rewriting them for a new era. And in a world that’s as savage and dour as ours right now, we’re also singing louder than ever.

Mary’s Monday Metazoan: The prickly dogfish does not want to snuggle » « Nice sign.