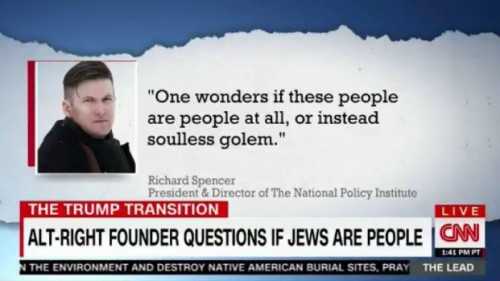 Watch the video of alt-right — excuse me, fucking goddamn nazis praising Führer Trump and making Nazi salutes and questioning the humanity of Jews and liberals, and then try to tell me that racism isn’t what got that orange asshole elected. My wife’s father, my uncles, my grandfather fought in a brutal war to end that fascism, and now the Republican party has brought them to power here.

I demand to be put on the Professor Watch List » « I know the answer to this one!