I just saw on Facebook that someone I know is going to peek into this rally in Buffalo today. 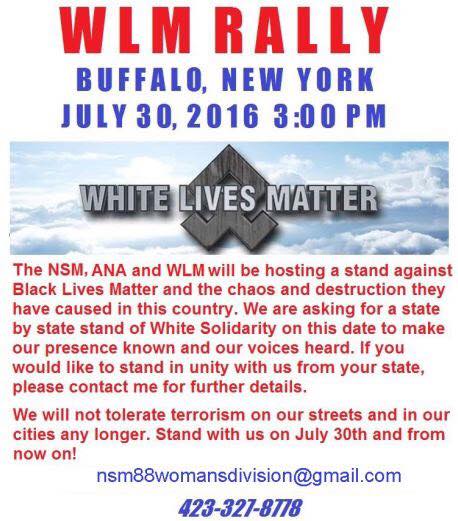 Yikes. This is not good. That symbol on the poster is the runic odal — it stands for the Volksdeutsche movement, or the ‘pure’ Germans. WLM is a racist movement, plain and simple; the NSM are outright neo-Nazis. The ARS is the Aryan Renaissance Society. ANA is the Aryan Nationalist Alliance, an umbrella organization trying to bring a hodge-podge of bigots together. The person posting it is Rebecca Barnette, who is a nasty piece of work. The “88” in her email address is a “Heil Hitler” reference.

I suspect this rally will be small, but the reek of concentrated flaming shit will be intense.

Still, this is in upstate New York, home of CFI. I just learned that it may also be home for my son Captain Connlann, who has been given a preliminary (it may change between now and November) assignment to Fort Drum. If he ends up there, I’ll certainly be making the trip to the Syracuse area every year or so.

I will credit them for honesty, though. They at least know what the “All Lives Matter” slogan implies. 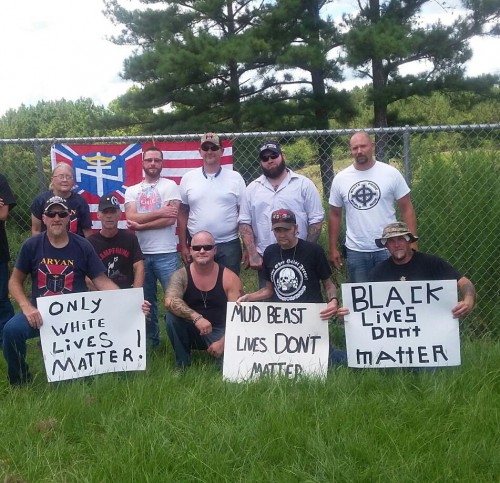 It was a rout.

Is it a neo-Nazi rally when only one neo-Nazi shows up?

On a warm, sunny Saturday at Cazenovia Park in South Buffalo, well-known white supremacist Karl Hand of Lockport was the only evidence of a much-anticipated “White Lives Matter” rally.