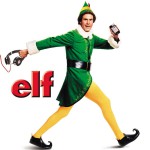 Parents in Maine’s Scarborough School District say that efforts to ban Christmas have become so extreme that they now refer to Christmas as the new ‘C-word.’ In nearby New Hampshire, things aren’t any better. For example, the principal of Epping Elementary School boasts that his school raises money for the needy, ‘but we don’t call it a Christmas gift drive,’ and that’s because ‘it’s a time for giving and that’s pretty much universal.’ But if that’s the case, why choose December as the gift-giving month? Similarly, why is December ‘a time for giving’? His counterpart at Newfields Elementary is so wound up about Christmas that he actually said, ‘we’ve tried to distance ourselves from religion and world events.’ No doubt he’s been a smashing success.

Yadda yadda yadda. Who cares anymore? We’ve got a mid-winter break in schools around the country — it’s a good time to do something for others, whether you call it Christmas or Kwanzaa or Boodlyboop. Doesn’t matter. We’ll do stuff that we enjoy with friends and family, and we’ll do it without bowing down to your silly Jesus character, which is what really rankles right-wing Catholics.

But really, ol’ Bill tends to get upset about the most ludicrous things. The Scarborough school district calendar for December 2015 has the forbidden “C-Word” on it three times; but it looks like they showed an evil anti-Christian movie to the kids on the 15th.

The Student Advocacy office is sponsoring an ELF movie event on Tuesday, December 15th 2:30-4:30 in the SMS cafeteria. We are asking that students donate either a new, unwrapped toy or $5 for Toys for Tots. We will also have a bake sale with home baked goods provided by students and staff. All proceeds from this sale will go directly to Toys for Tots.

The movie was Elf. Not only was Jesus not in it, but it was all about an illegal alien trying to make Christmas all about having fun, rather than going to Mass.

Oops, I said the C-Word. Sorry, everyone.

Hey, doesn’t Elf use the C-Word a whole bunch of times? Those poor kids must have walked out of that cafeteria with blistered ears and a soul packed with damnation.