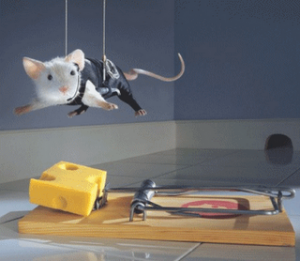 Aww, what sad news. Casey Luskin is leaving the Discovery Institute. Hilariously, he declares victory as he fades away, and cites two instances that he claims have finally validated intelligent design creationism.

The first is that the ENCODE proved that the genome is nearly entirely functional, exactly as ID predicted and against the expectations of those Darwinists. Unfortunately for him, that is not the case, and the ENCODE propagandists relied entirely on a peculiar and narrow definition of function that did not match any kind of function the creationists might have imagined.

The second is — hang on to your hats — epigenetics. Didn’t I just post something about epigenetics? Why, yes I did. I also posted something somewhat lengthy about it. It seems to be a common misconception among creationists.

Interestingly, these were also two of the obsessions of another creationist, Perry Marshall. He didn’t understand those concepts, either.

I think it’s quite appropriate that Luskin should vanish in a puff of misconceptions and ignorance. It’s been his stock in trade all along, after all.

If I could turn back time » « Heavy metal interlude