And we can estimate statistically how it’s going to happen! 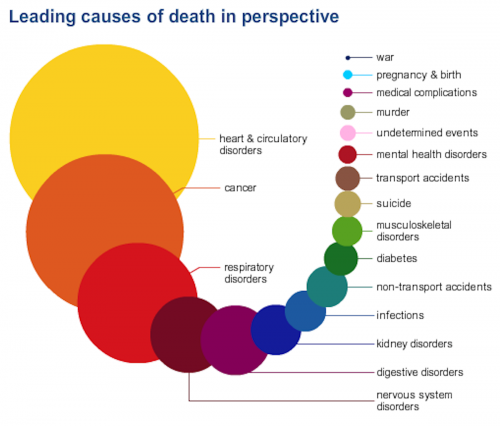 It’s odd, but all the human experiences that are genuinely universal are also things that we have difficulty discussing. Birth is something you do when you’re an illiterate ignoramus of a baby, and you can’t talk; and death is something nobody can discuss after they’ve experienced it, so we’ve got this little industry of people who make up stories about an afterlife. We need more people who are willing to talk honestly about the facts of death — so here’s an interview with Sarah Troop, one of those people willing to do just that.

Sarah Troop is a museum curator and historian who writes and recreates historical and cultural recipes for her blog, Nourishing Death, which examines the relationship between food and death in rituals, culture, religion, and society. She is also co-founder of Death & the Maiden, which explores the relationship between women and death by sharing ideas and creating a platform for discussion and feminist narratives. She is the executive director of The Order of the Good Death and serves as the Social Media Editor for Death Salon. Sarah is also an author and advocate for improved care and support of families experiencing infant and child death and was a contributing author to the companion book for the Emmy nominated film, Return to Zero.

It’s exactly the kind of thing you need to read first thing in the morning. It woke me up, anyway!

Bristol Palin gets something right for a change » « Yes, Mr. A, there is a significant pay gap