Over on We Hunted the Mammoth, there’s a discussion of this odd post by one of those Men Going Their Own Way about copulins — which are apparently sex pheromones secreted by the vagina. This was the first I ever heard of them, which gave me a moment’s panic. I am a biology professor, and I do teach human physiology, and here was this phenomenon I’d never encountered before? Worrisome. But only for a moment. There are a lot of details I know nothing about, so maybe this was an opportunity to learn something new.

I’ve got a small collection of physiology and neuroscience texts, so I checked there first. Nope, unheard of term, nowhere in any of their indices.

So then I checked pubmed — textbooks don’t have the most cutting edge stuff, so going to the recent literature is one way to track them down. I wasn’t quite skunked — pubmed has heard of the term, and there were a few references to copulins. Four, to be exact. Two were from the 1970s (so no, not recent literature), and there was one paper in the 1980s that talked about aliphatic acids as copulins in rhesus monkeys. OK, but I’d need more evidence that these were actually acting as specific pheromones, rather than just recognizable scents. Acetic acid is an aliphatic acid, and one that’s mentioned as a candidate, and I’m sorry, but that would imply that vinegar is a sex stimulant to monkeys. Maybe. It’s going to take more evidence than one primate paper that has apparently stimulated no further research in 30 years to persuade me that it’s significant.

There is one article from 1997, in an obscure German journal, Gynäkologische-Geburtshilfliche Rundschau, a gynecological/obstetrical journal to which I don’t have access. There was a Discovery Channel documentary on it (credibility waning) which is available on YouTube (credibility completely gone).

Oh, jeez, that was awful. Didn’t believe a bit of it.

To the internet! Google only gives me a couple of MGTOW-like forums, a guy who has the copulins.freeservers domain and babbles in a fact-free way about how they work, with zero citations, and finally, the real kicker, an article on Oprah, which discusses the opinions of one of the authors of that Gynäkologische-Geburtshilfliche journal.

There are also lots of sites that will sell you “purified copulins” to drive men wild. They don’t seem very credible to me, but hey, if you’ve got $40 burning a hole in your pocket and want to throw it away on something that smells faintly like cucumber, go at it.

But wait! There’s more! Check out the detailed description of how a woman can control a man’s mind by assuming a specific sexual pose and remaining stationary, marinating his penis in her magical juices which will allow her to…

1) Change, remove, or insert memories
2) Tell the male what he sees, hears, feels, smells, tastes
3) Insert subconscious thoughts that will surface as male “ideas” or behavior later
4) Plant trigger words or actions that can cause thoughts, actions, or sensations in the male at later dates (days, weeks, even months)

In case you want to try it, here’s the procedure:

Through the process of coupling a female and male will lay relatively still without having sex with the penis inside of the vagina. The process may take up to 15 minutes and works faster and more efficiently when the female is on top of the male. During this period the vagina injects up to 1/2 cup (100 ml) of the copulin fluid into the urethral opening at the tip of the penis, which is chemically attracted to semen, and will follow the semen down the shaft directly into the testicles. After 15 minutes of coupling the copulins will have entered the blood stream and traveled from his testicles up into the hypothalamus (a section of the brain that controls hormones) causing the male to become completely influenced by the needs and suggestions of the female. 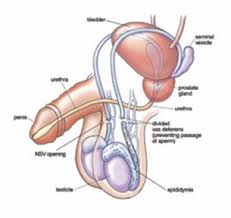 Guess what? That’s total bullshit. Yeah, try pouring half a cup of liquid onto a penis and getting it to travel all the way to the testicles and then enter the bloodstream. It’s hydraulically impossible. I’m also trying to picture a vagina “injecting” anything. I suspect the author has never had sex with a woman before.

In fact, the whole notion is ridiculous unscientific gobbledygook. MRAs — excuse me, MGTOWs — have to be even dumber than I thought to fall for this nonsense.