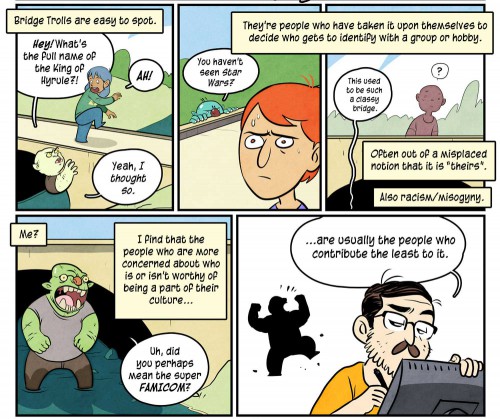 His commentary is also spot on.

In a field where people work day and night to make sure every kid has a chance to become excited about science, the thought that there are old white dudes publicly sneering at a teenager because he wasn’t ingenious enough is sickening. Seeing people who identify as skeptics entertain wild conspiracy theories about a sinister muslim boy and his plot to get arrested for attention would be hilarious if it weren’t so toxic.

It’s a good thing to keep in mind: trolls aren’t necessarily simply frivolous haters who are out to destroy everyone’s fun for laughs. Sometimes they’re so very committed to the goals of a group that they dedicate themselves to non-stop hatred of the perceived enemies of that group, internal and external.