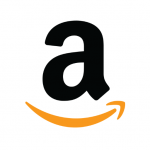 I imagine everyone must have read the NY Times article on the working conditions at Amazon — it’s interesting that the article actually tries to be objective and lay out the good and bad points of working for weird out-of-touch slavedriver Jeff Bezos, yet the reaction from Amazon has been flat denial. Unless they’re going to show that there isn’t high turnover, overstressed executives, and blue-collar workers treated as machines, which I don’t think they can do, the guy at the top declaring that he simply doesn’t recognize the sweatshop he runs is not particularly persuasive.

The Seattle newspaper is clearly in an awkward position: how do they criticize a major employer in the region? Answer: they avoid the issues. This was also Seattle’s curse when I was growing up, having a single dominant employer, in that case Boeing, with every one trembling in fear of criticizing them, while they wrecked lives with a boom-and-bust cycle of hiring surges followed by layoffs.

Geeks, of course, downplay the article. There’s a strong whiff of elitism and libertarianism in the excuses offered, and I’m also kind of dismayed that a news source would interview current employees and not discount their cheerful affirmations of the power of the Amazon way. Most cults don’t have the grip on their acolytes economic well-being that Amazon has.

More interesting, despite its clumsy digressions and clunky dismay, is this article on the effect Amazon has had on Seattle. It’s the angriest, but it resonated with me — I have steered completely clear of urban Seattle on this trip. The horrific traffic, a product of the tightly straitened geography of the region, is enough to scare me away. I was visiting family in the southern suburbs, and seeing the lines of locked-in-place traffic every evening convinced me to stay home, or run away to empty wilderness in the far corner of the state. And to imagine hordes of smug brogrammers taking over south Lake Union…no, thank you.

Capitalism really needs to figure out how to file off the rough excesses of successful businesses. And take those businesses out of the hands of sociopaths.

Those whales. Such jokers. » « If you’re giggling over Josh Duggar’s comeuppance…