Some users on 4chan went to all the trouble of creating a fake feminist conference, FemCon 2015, with a date and a hotel and fake enthusiastic twitter attendees, in order to collect registration fees from those stupid SJWs at $50 a pop. They even admitted that this was a fraudulent scheme to make money. 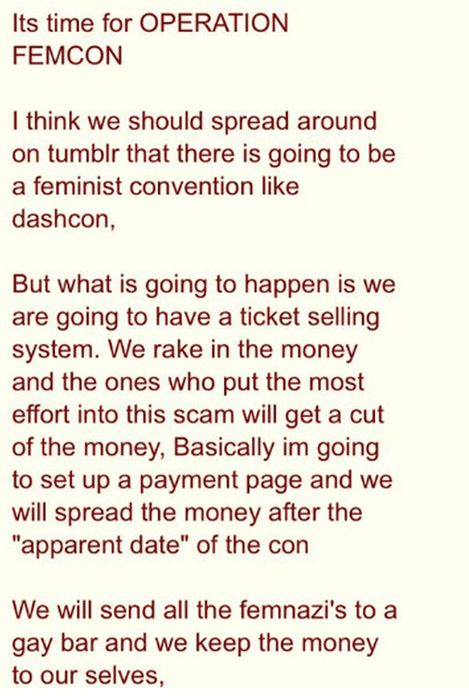 It’s not clear if they actually got any money from this bungled plan — instead, everyone seems to be making fun of those transparently incompetent 4channers — but isn’t this still a crime? Does an attempted fraud need a victim to be considered criminal?

At any rate, it does confirm that the Moot empire is largely the domain of wanna-be tough guys — what you’d get if the Mafia were run by clowns.