Let’s be honest here. If the Satanists weren’t being incredibly useful in undermining Christian hegemony in the US, we’d find this statue, and the mystical ideas behind it, repugnant. 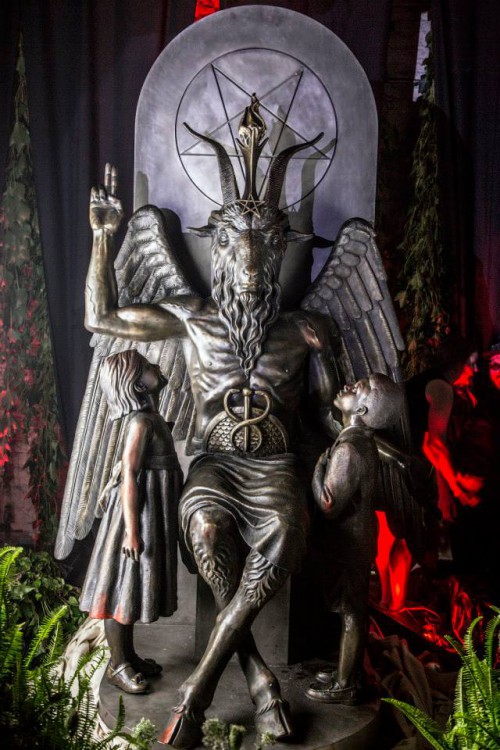 But man, the Satanists are handy tools — they are great at exposing the hypocrisy behind local pious ‘separation of church and state’ defenses. I applaud them for that.

But I have to wonder…are atheists literally making a deal with the devil by ignoring the whole “let’s put up a statue of children worshipping an imaginary demon” thing? I knew a few Satanists way back when, and I’d say exactly the same thing about them I would about Baptists: generally nice people, but hoo boy, they really believed in some incredible bullshit. That they are serving the cause of highlighting conservative misappropriation of some good principles shouldn’t mean we stop questioning them.

Wait, isn’t this criminal activity? » « Some good things come out of Kentucky